"Urban Scale Richmond takes as its focus the rediscovery of the rules, both explicit and implicit, that have guided the building of the city and give to its art and architecture a unique character. One way to achieve this result (and to reduce the diminution of local conventions and the disempowerment of citizens) is for planners to actively reconstruct the city’s operative patterns. The way in which monuments proceed from a nexus of community expectations is an important part of those patterns. By engaging critically with local issues,  it will be possible to confirm and stimulate healthy growth and change in the city.

The way in which monuments are procured has an effect on the quality of their 'fit,' although there is no consensus on the best way to control the process. The most complicated part of making a monument is in connecting it in some tangible way, not only with local tradition, but with the expectations of the various constituencies for which it is intended. This is only achieved through careful consideration of location, materials, scale, form, and viewer expectations. Urbanismo hopes for the best!"

This is how we ended our previous post on Public Art and Community Memory: Richmond's Maggie Lena Walker, expressing our concerns the commemorative public art proposed to honor Richmond's Maggie L. Walker . We were apprehensive that the Public Art Commission would guide the designer selection process away from the kind of engagement with the past seemingly favored by the community. A year and a half later, the process described in the post has been completed and we have very good news to report. The city's Public Art Commission announced last week that the commission would be for a statue and that the artist would be prominent American representational sculptor Antonio Tobias Mendez.  Mendez, with a BFA from the Chicago Art Institute, does sports, commemorative, private commissions, and veteran's memorials.

Mayor Dwight Jones announced the decision: “Not only will Richmond gain an important new monument that can reflect the diverse heritage and history of a significant local hero, but this effort will also underscore her role as a champion for civil rights on the national landscape,” said Mayor Jones in a press release. “Maggie Walker was a revolutionary leader in business, a champion for breaking down barriers between communities and showed incredible strength as a person that came out of extraordinarily challenging circumstances to create great things.”

The location of the monument will be in the triangular plot at the intersection of Adams Street and Broad Street, an important node on the urban scale, where the 18th-century road called Brook  Turnpike engages at an angle with the city grid.  This was formerly the site where a fountain was provided to water the horses and oxen drawing wagons and drays as they entered the city (that fountain is now located behind the Bill "Bojangles" Robinson Statue a few blocks to the north. The historic intersection was a key location in Maggie Walker's world and remains a very memorable node in the city's transportation network.  The new statue begins to reinforce an established civic armature. This begins at Franklin and Adams and moves from Maggie Walker's statue at Adams and Broad to the Bojangles statue and beyond.

This commission bodes well for the Maggie L. Walker Monument to join with many others, including the George Washington Monument and the Civil Rights Monument at Capital Square. As we previously observed, that "sculptural ensemble by Stanley Bleifeld avoids the sentimentality that characterizes some of the sculptor's work in other cities and takes a place among the very best monuments of recent decades." Let's hope the Maggie L. Walker Monument will achieve the same levels of formal and emotional strength, and by doing so, help re-establish the legitimacy of figurative public art.

This seriousness should extend to the setting as well as the bronze centerpiece. Mendez's website indicates that "Toby primarily focuses on the figure, combining a classical figurative approach with a contemporary eye for site design." In monument-rich Richmond, the plinth says a great deal about the position of the subject in the city's historical narrative. Offering a sense of "approachability" by placing the statue on the same plane as the viewer has become a hackneyed trope. Maggie Walker, who pointed the way for her community, often from a position on her elevated front porch, would best occupy a raised podium equipped with moldings and set off by appropriate ornament. The setting should support and embrace the statue without seating, planting, or paving elements that draw attention to themselves or work against the city's conventional landscape patterns.

Congratulations to the entire community and the arts commission for making decisions that will contribute to a deeper understanding of Maggie Walker as leader, embodying the civic values she espoused throughout her life. 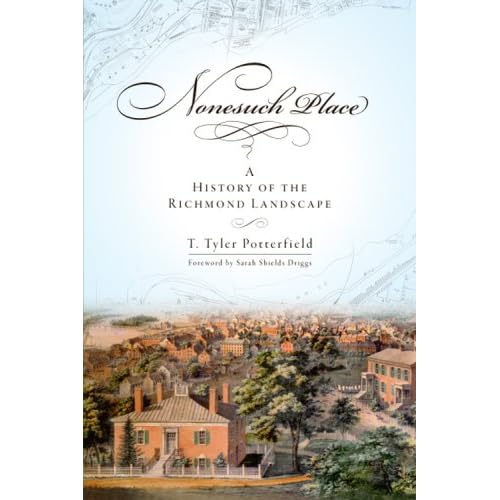