As is well known, Richmond has been the scene of an extended conversation- sometimes extreme in its terms- about the city's monuments, particularly those placed along Monument Avenue, the city's renowned boulevard traditionally dedicated to Confederate generals. We reviewed the larger monumental tradition in Richmond some time ago, before the topic took center stage. The mayor has been alternately in favor of some sort of retention and removal of the Confederate monuments. The governor has recently come out in favor of removal of the monuments from the street to a museum.

Richmond's local History Museum, the Valentine, has sponsored a competition and exhibit around proposed solutions to the controversy.  One of the members of my firm, Stephen Hershey, entered a classical proposal in the competition. He proposed leaving some or all of the existing monuments in place and answering them with an imposing new classical structure incorporating monumental sculpture. As might be expected, it was not selected to be shown in the exhibit.

Here is his description and a proposed set of guidelines, which outline a significant formal representation, in keeping with classical principles, of the sacrifices and achievements of the many individuals who acted in favor of emancipation. It places on the avenue a counter-statement that rises to and perhaps surpasses the old monuments, transforming the meaning of the street for the benefit of the entire city, not just the fraction of its citizens who idolized the Confederate heroes.

1.  Monuments should represent individuals over a broad spectrum of historical significance.

2. Preference should be given to native Virginians or individuals who made significant contributions to Virginia history.


4. Monuments should reinforce the civic order, style, and organization of the street.


5. Monuments should be of similar size and scale to existing monuments. Variety is permitted but in good taste. The Monument to Emancipation is an example of a monument that solidifies its presence adjacent to the polarizing Davis and Lee statues.


6. Monuments should look like they belong to Monument Avenue. The original designers of the boulevard envisioned the future erection of additional monuments. 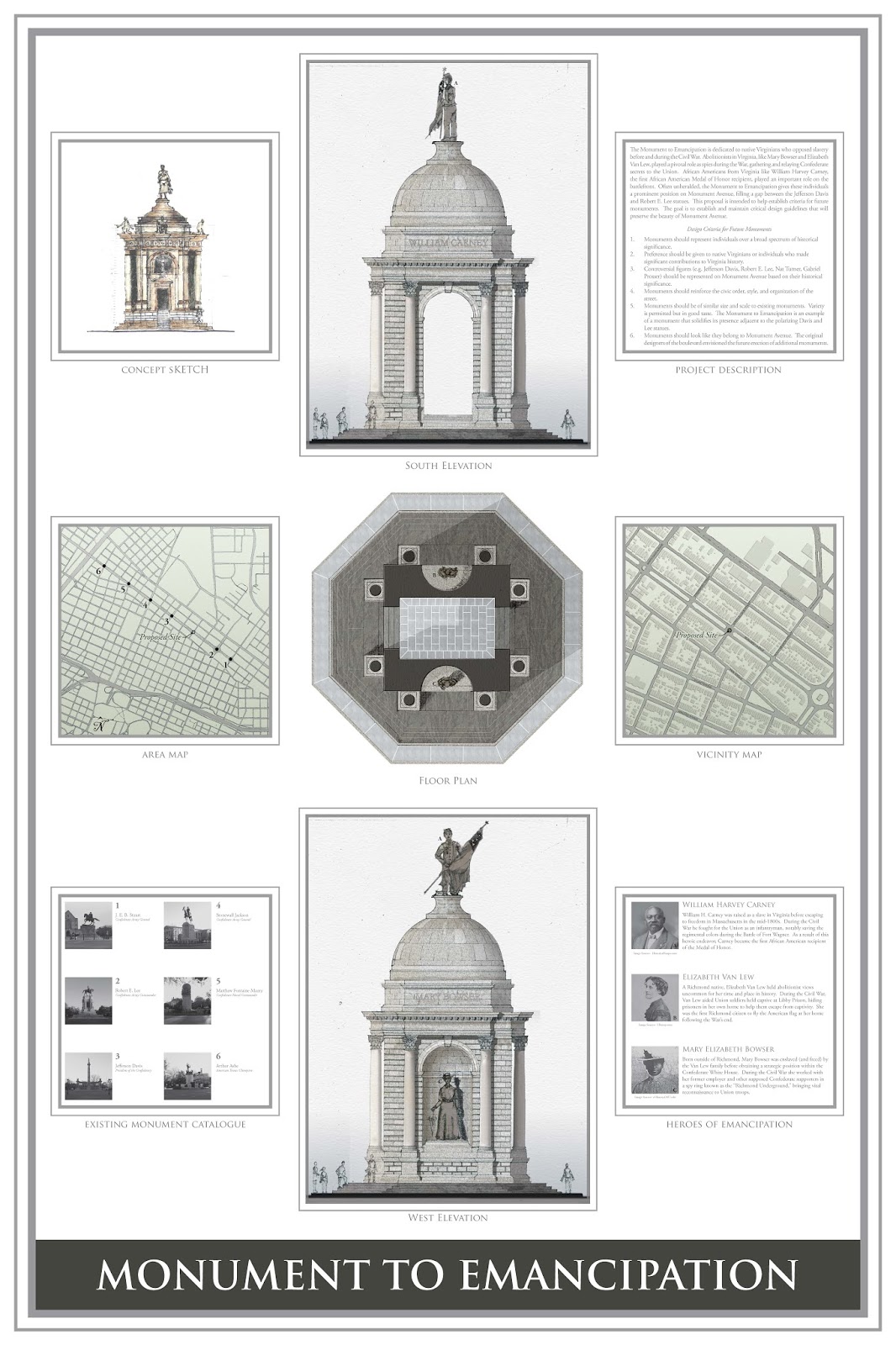