Vestiges of the Venerable City

Several years ago the architecture club at the Governor's School organized an escorted midnight bicycle trek to visit Richmond's architectural monuments called the "Architectura." On this cold and rainy night, Urbanismo presents, sans police motorcycles, a collection of urban survivals; a palimpsest of the city's decayed furnishings that serve as evidence of the changing ways our city orders its life. This series will continue as we uncover more telling fragments in our midst. The title of our tour comes from the name of Clay Lancaster's memorable book on Lexington, Kentucky. 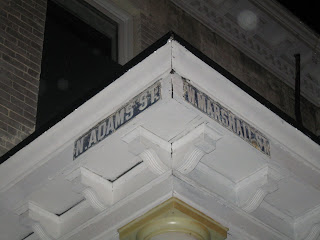 European and American cities tended to identify streets, starting in the nineteenth century, with brilliant blue enamel panels attached directly to street corner buildings. As the years have passed most of these pedestrian-scaled way markers have eroded away. After an hour of searching Urbanismo found this weather worn pair of signs on a Jackson Ward corner we pass nearly every day. 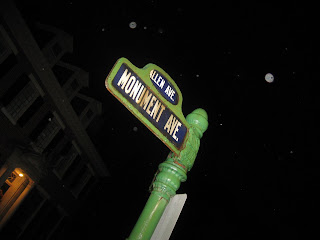 As Richmond's suburbs expanded, this sort of street sign was used at most intersections, attached to the top of an ornamental cast iron pole. In the 1960's, most of these were discarded and replaced by sheet metal signs bolted to the top of older poles or new pipe columns. In some areas, the small upper panel held the number of the square or block, while on Monument Avenue the names of the cross streets were placed there. Here, the traditional ultramarine blue enamel panel survives in a rare example at the Lee Monument. The cast iron holder is attached to the standard by a decorative leafy band. Only two or three of these signs were missed by the city engineer. 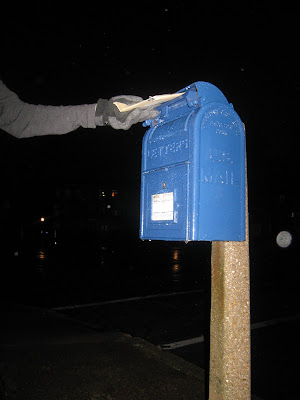 A late night correspondence is attempted at the surviving cast iron mail box on the corner of Monument and  Cleveland near the Maury monument. Its human scale, heavy counter-balanced lip, and endearing resemblance to an antique toy imbues even the Federal Government with urban panache. One imagines its rather improbable survival as the result of a very determined Richmond matron going to great lengths to convince the postmaster that this box was essential to the neighborhood's well being. Its fresh paint and up-to-date stickers proclaim that this amenity "has gotten over" the bureaucratic hump and will probably be with us for another hundred years. Two mail pickups a day in 1960 enabled our aunts to keep in close communication with their friends and relations. 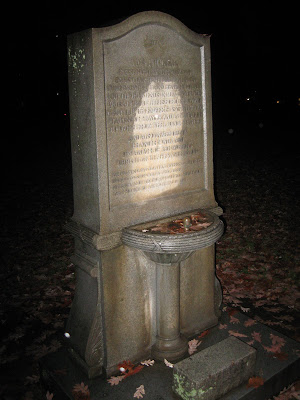 Drinking fountains were a favorite civic gesture of temperance societies in the nineteenth and early twentieth centuries. This one provided water to visitors in Byrd Park and was supplied with  a mounting block for children. It takes the form of an elegant Roman wall fountain. The upright tablet is supported by carved granite volutes. The basin is edged by an ornamental molding resembling a wreath of bound reeds suggesting the resolution and unity of the uncompromising band of donors.  The inscription reads: "This fountain is erected by the Women's Christian Temperence Union of Richmond and Henrico County and their friends in Memory of the Crusaders of Hillsborough who went out December 19th 1873 with the weapons of prayer and faith in God to overthrow the liquor traffic." 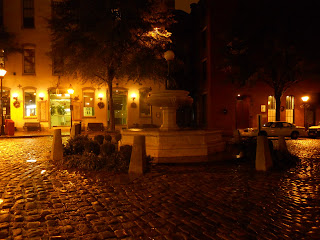 "In memory of one who loved animals."

This carved marble fountain ornamented with four masks spouting fresh water was placed in the center of Shockoe Slip for the use of horses and oxen in this commercial district not far from the north end of Mayo's Bridge. One of Richmond's most sophisticated amenities, it clearly reminds us of the relation of Richmond to the great cities of the West. 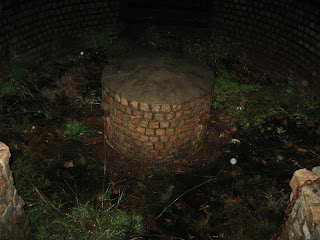 Richmond was supplied with several publicly maintained artesian springs. City residents preferred their water for drinking and cooking. This neglected spring near Shield's Lake in Byrd Park, set in a circular cobblestone enclosure, was in regular use into the 1980's. It provided a cool grotto in the hot summer. 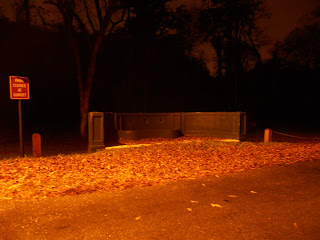 Similarly, this concrete exedral fountain supplied the residents of the northern suburbs. It is located immediately on the side of the Richmond-Henrico Turnpike where this nineteenth-century super highway runs through a deep ravine created by Cannon's Run-- the site, in the eighteenth century, of the Widow Cannon's pasture. 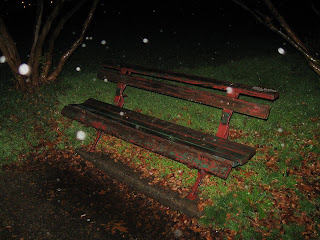 The "Richmond Settee" survives here at the end of Grace Street overlooking Shockoe Bottom. These cast iron benches were produced in Richmond for Capitol Square and other city parks in the late nineteenth century. They are modeled on a similar settee created for New York's Central Park. One or two examples remain in Capitol Square. In the days before air conditioning, the park bench functioned as an outdoor living room for families and individuals seeking fresh air and the company of their fellow citizens. [Update: Nov 19, 2012- the settee is no longer here] 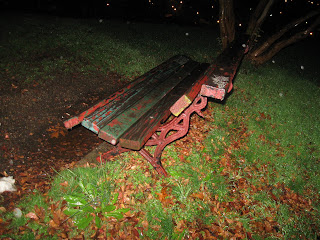 Posted by Gibson Worsham at 2:20 AM